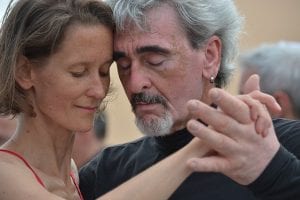 You’ve likely heard the phrase “Be the change you want to see”.  That applies to so many things in life, but this week in honor of St. Valentine’s Day, I want to show you how to apply that theory to your love relationship.

Now I don’t claim to be a relationship expert nor do I coach my clients on how to fix their marriage.  I have, however, been happily married to the same wonderful man for almost 30 years and want to share a secret that has taken our relationship to a whole new level.

For a big part of our marriage, I found myself butting heads with my husband about money and how we raised our daughters.  We had very different backgrounds and values, and thus, it was creating conflict.   You may be nodding your head because you may be experiencing similar challenges.

One day, I had an idea and thought even though I could not change my husband, I could change how I interacted with him.  So I surrendered and began to treat him the way I wanted him to behave.  In other words, I saw him as perfect, loving, supportive, and the smartest man in the world (all of these things were really true by the way).

I actually shifted how I saw him and instead of reacting to him from ego, I began to respond to him from a place of soul in a very supportive and loving way.  The shift was magical.

About a year later, I sat down with my husband and asked him if he had noticed something different in our relationship about how we communicated with each other.  He said he had noticed a difference and he loved it.  Then I told him what I had done.  He was amazed and thanked me.

There is science behind what I did, even though I didn’t understand it at the time.

According to a 2005 study by Szegedy-Maszak, neuroscience also tells us that more than 95% of our thoughts and actions originate in the subconscious mind, while less than 5% originate in the conscious mind.  So this means that 95% of the time, we are operating on autopilot from beliefs that were formed when we were very young AND that are no longer serving who we are today.

When we change this and begin operating from our soul and consciously making choices from a state of joy, our entire paradigm will shift.   It all begins with becoming conscious and aware.

So be the change you want to see in all your relationships.  Mirror the kind of relationship you want.  Try this and let us know what happens in your relationships as soon as “You Become The Change You Want to See”.  It will happen immediately.   Share this with your friends and post your experience on our Smart Women’s Coaching Fan Page on Facebook.

Michelle, the Director of Operations and Efficiency Coach here at Smart Women’s Coaching, also wrote about this topic on her blog.  Her take on “Be the change you want to see” was aimed at making your work environment more pleasant.  Go check it out here.