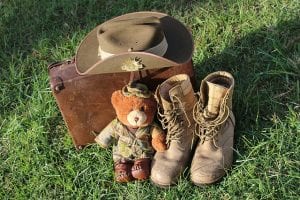 My dad was a war hero who received two purple hearts.  The army was his passion and he was great at doing what others only feared.

This is what his Commanding Officer, Captain William R. Carey of the Sixth U.S. Army Noncommissioned Officer Academy in Fort Lewis, Washington had to say about him in a letter my mom received on December 29th, 1964:

“I would like to express my deepest sympathy for you in the loss of your husband, Staff Sergeant Huotari.  His death came as a terrible shock to me and it was hard to realize such a tragic accident had occurred.

I had the greatest amount of admiration and respect for Staff Sergeant Huotari, his personal attributes as well as his work, and considered him as one of the finest persons that I have ever known.  The contributions he made to the young men that we teach here at the Academy will long we remembered, and his personal qualities and polite attitude will never be forgotten.”

I have often imagined how life could have been different if my father had not died and had been there to protect me, to offer his advise and to love me.  Instead, the Universe had another plan.  I had a dream that I could go back and change the past, so things could have been different, and then I realized that everything that had happened was really perfect and as it should be.  I finally found peace in his death.  He was not supposed to raise me, just give me life so I could experience my unique journey.

I know there are so many other men and women who have lost their loved ones during war time and my heart goes out to all of you.  My dad had a wonderful and happy life.  Although his time here was short lived, his legacy lives on in the hearts of all those who were touched by him.

Please share your story of your loved on here with us now.  My heart goes out to you.