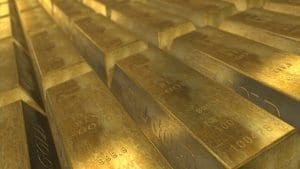 If you are really serious about becoming wealthy, there are five primary ways that fortunes are made.

Become an Entrepreneur
The number one road to riches, at the head of the list and on the top of the hit parade throughout U.S. history, is entrepreneurship, starting and building a successful business. Entrepreneurship includes every kind of business, from farming and trucking to real estate and computers. Seventy-four percent of self made millionaires in the United States, going back 200 years, come from self-owned businesses. An individual starts with an idea for a product or service, turns it into a business, builds it up from the ground floor, and as a result becomes wealthy.

Work Your Way Up

Another way to become rich is as a highly paid executive of a successful company, or as an employee of a company that awards stock options that become valuable. Ten percent of self-made millionaires in the United States are men or women who have joined large corporations, or companies that became large, and worked for these companies for many years. They usually work hard; were promoted and paid well; earned stock options, bonuses, and profit sharing; and as a result of holding on to that money, become millionaires and multimillionaires.

A major source of self-made millionaires consists of professional people, doctors, dentists, lawyers, architects, engineers, and others with advanced degrees who can charge high fees for their services. These people earn their degrees and dedicate themselves to becoming very good at what they do, rise to the top of their professions, earn high incomes, and then hold on to the money. Ten percent of self-made millionaires in the United States fall into this category.

An important source of self-made millionaires is salespeople and sales consultants. Five percent of self-made millionaires in the United States are men and women who are experts and at the top of their fields in selling. They never started their own businesses. Few of them went to college or earned professional degrees. Instead, they became very good at selling a product of service, and were paid well for doing it. In addition, they managed their money well, invested it intelligently, and made it grow until they were millionaires or better.

The final 1 percent of self-made millionaires includes all the people who have made their money in the stock market, with inventions, in show business, through the authorship of books and songs, as lottery winners, and all other sources. Unfortunately, because this group gets so much publicity, many think they are typical of the people who get rich. The fact is they are quite rare.

Project forward 10 to 20 years and begin imagining you perfect life. What would it look like? What steps could you take immediately to begin making it a reality?

Brian Tracy is a Contributing Expert for the Smart Women’s Coaching Institute, he has consulted for more than 1,000 companies and addressed more than 4,000,000 people in 4,000 talks and seminars throughout the US, Canada and 40 other countries worldwide. He addresses more than 250,000 people each year as a Keynote speaker and seminar leader.

He has studied, researched, written and spoken for 30 years in the fields of economics, history, business, philosophy and psychology. His top selling books have been translated into dozens of languages. He has had successful careers in sales and marketing, investments, real estate development and syndication, importation, distribution and management consulting.

Brian has traveled and worked in over 80 countries on six continents, and speaks four languages. He is also the President of Brian Tracy University, a private on-line University for sales and entrepreneurship.Brian Tracy has consulted for more than 1,000 companies and addressed more than 4,000,000 people in 4,000 talks and seminars throughout the US, Canada and 40 other countries worldwide. He addresses more than 250,000 people each year as a Keynote speaker and seminar leader. You can visit his site here to learn more about Brian.